Lienhard tells us historical stories to reflect on the motivations of people developing technologies for war.
Should ethical issues apply?
War was the place where the power that technology could provide began to be seen as a mixed blessing

Consider the near future example of robot soldiers:
constant decisions in modern warfare so we are talking about autonomous robot soldiers that make their own decisions

When did technologies developed during a war start to make a difference?

The Civil War was significantly impacted by technology, particularly railroads and more accurate rifled guns.  The first step towards a machine gun, the Gatling gun, was tested but not widely used.


The inventor of dynamite, Alfred Nobel, later founded a peace prize, but earlier in his life he said:

"Perhaps my factories will put an end to war sooner than your congresses: on the day that two army corps can mutually annihilate each other in a second, all civilized nations will surely recoil with horror and disband their troops." (source)

French tank
Poison gas
We can make choices about technologies

Poison gas was seen as too horrible

The Navy also decided it needed to encourage research

World War I British Submarine
Meanwhile scientists felt unappreciated and the National Academy of Sciences (an honorary society created during the Civil War) established the National Research Council in 1916 to show what science could contribute So then what was the impact of war on technology and science?
WWI led to the government getting involved in developing new technologies in a big way
It proved that scientific research can often  come up with new products on demand.
Another such story in Europe:

The key to turning this enthusiasm into a serious space program turned out to be government support, and the Germans were the first to get it. 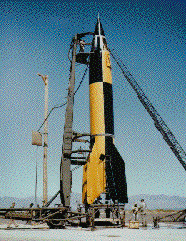